Signal Processing -- from Theory to Tool

EESTEC LC Tampere held a Workshop with   topic "Signal Processing — from Theory to Tool " at Tampere University of Technology, in co-operation with highly respected Institute of Signal Processing. We familiafized ourselves with finnish customs, like black foods, and learnt a lot of new things about signal processing. Participants came from LC Belgrad, LC Nis, LC Athens, LC Zürich, LC Bucharest and LC Istanbul. 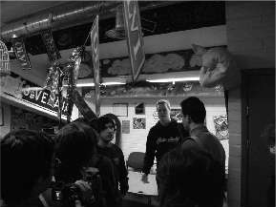 First participants arrived on Saturday 1.4 and with them we went to a bar Kultainen Apina to drink some beer and sing karaoke. Our Workshop started officially Sunday- evening When we had the welcome party at Konetalon sauna. There we ate some salad and bread, got to know each other, went to sauna and drank some punch(which was brown-coloured). 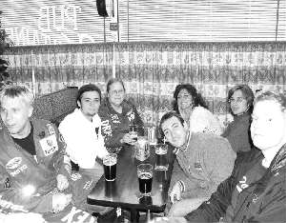 Monday mormlg began with a tour of followed by presentations of International Office and the Student Union which introduced University and student culture. At noon Teemu Karjalainen held the
first lecture about "Digital Signal Processing applications in audio production" and after thatt we had a lunch at Zip. In the evening we went to the city center to the cosy place called Tearoom where we enjoyed good food, magnificent company, drank a lot of alcohol, familiarized more with the secrets of sauna and played some billiards. We spent the evening until late night.

Tuesday's program began with the lecture by Petri Jarske with topic "Audio processing challenges in mobile phones". Lectures ccntinued with topics "Digital Signal Processing from Theory to Tool" and "Efficient Techniques for Image Re-SampIing", both held by professor Tapio Saramäki. Starving
stomaches were fed with Jalopeno's pizzas. After a tiny relax we headed to Hervanta Bar Tour called Keskiasteen Välitutkinto, a student happening by the Guild of Electfical Engineering. Despite of damp weather we had great time together. End point to this bar tour was Kantri Star where we drank more beer and erioyed live music bylocal bands and danced all night long.

On Wednesday it was time to lectures held by foreign specialists, first Artur Lugrnayr lectured about
"Ambient Intelligence: From 'Signal' to Practical Multimedia Application" and then was Mikhail Chobanu's turn. After lectures we went on a company visit to Nokia where we had a presentation and quiz of the company. Later we had a movie evening in which we watched a Finnish movie from the year 2003 "Vieraalla maalla - Land of Love" and American talk show host Conan O'Brien' s special episode of his visit to Finland.


Thursday's official part was groupworks which tcpics were "How and Why digital signal
processing (DSP) has changed from the theory to the very important "tool" during the last three
decades ?" and "Find out some important applications where only the DSP theory and methods can be used instead of their analog counterparts? Explain the use of DSP in one application in more detail."
After the presentations we had free time and part of us went to sleep when the others went to the city
center. Getting on toward evening we had the pre-party at Tornit and the night continued later in a
student party in a center's big night club Onnela where most of us drank beer and got to know other
students until the wee hours.

On Friday morning, after a bit longer Sleep, we headed to Pispala's view tower to admire the
beautiful views to all over to Tampere and to eat a delicious doughnuts with coffee. After that we got
sightseeing in town including cathedral and Finlayson in where the Finland's first light bulb was Iit. We had lunch in theater restaurant Tillikka and then participants had time for shopping. In the late afternoon it was time to go to a cottage in the neighboring town Lempäälä. The cottage is situated by a beautiful lakeshore in the middle of nowhere. Some of us worked hard to make a hole in the ice and swimming in a frozen lake was a new experience to many of us, some tried it even four times! We played cards relaxed enjoyed sauna and fire in the fireplace. All participants passed the black test, in which they tasted traditional finnish foods and drinks; black sausage, mämmi, salmiakki and salmari. 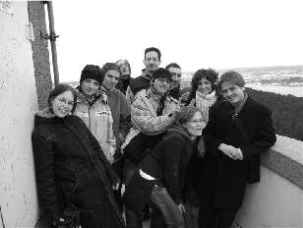 On Saturday we enjoyed peaceful morning and some of us went again to swim in the frozen lake and tried some cross-country skiing. In the atemoon we left the cottage and headed back to Tampere. We
enjoyed farewell dinner in the brewery restaurant Plevna and after that we celebrated the farewell party in a bar called Groove and later in another bar, Emma After long and warm farewells we spred all over Tampere to Sleep, and in following day it was time to go back home.

That week was unforgettable, we miss you all! Thank you for everyone who took part in this to see you soon again. 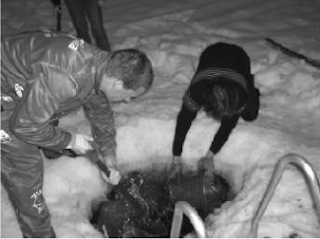 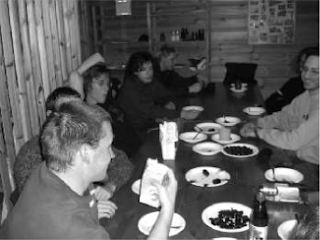